women’s golf was making headlines. The LPGA became a distinct entity, and names like Babe Didrikson Zaharias and Patty Berg drew a lot of attention. That same year, in Harrisburg and its immediate area, women golfers were competing in Central and State events, but most of the events were hours away, (few Interstates at the time). A young sports writer at The Harrisburg Patriot-News, John Travers, was instrumental in convincing the paper to sponsor a tournament for Harrisburg area women and, aided by a group of women golfers, initiated our first Championship.

An article in The Patriot-News on August 4, 1950, lists the names of 22 women from area clubs who attended an organizational meeting. Blue Ridge C.C., Carlisle C.C., Colonial C.C., C.C. of Harrisburg, West Shore C.C. and Warings Golf Course (a public course which was located in the area of Harrisburg Community College and the I-81 interchange) were the golf courses represented.

The first Patriot-News Women’s Harrisburg District Championship was played at the old Colonial Country Club, August 24 through August 27, 1950. It was a match-play tournament open to the women golfers of the participating courses. The Patriot-News reported every detail. A practice round was held on Tuesday, the 23rd. Qualifying and match play rounds followed and all entrants qualified for medalist and position in flights. The newspaper covered every aspect and detail of the tournament, which drew a lot of interest from the area golf community.

Thirty-three women qualified and competed in the first Championship. There were four flights. Eleanor Toby, from the C.C. of Harrisburg, was the winner of the Championship flight. She defeated 17 year old high school student Venetia Gerhardt of Colonial C.C. Venetia was the Medalist. John Travers presented the Harrisburg Patriot News Trophy to the winner of the Championship flight, an award to the medalist, and prizes to the flight winners and runners-up.

Blanche Jobe, of Colonial C.C. was the chairman of the first tournament and later that year was elected the first District President.

Since these humble beginnings we have grown and continue to evolve with the every changing landscape of women’s golf. 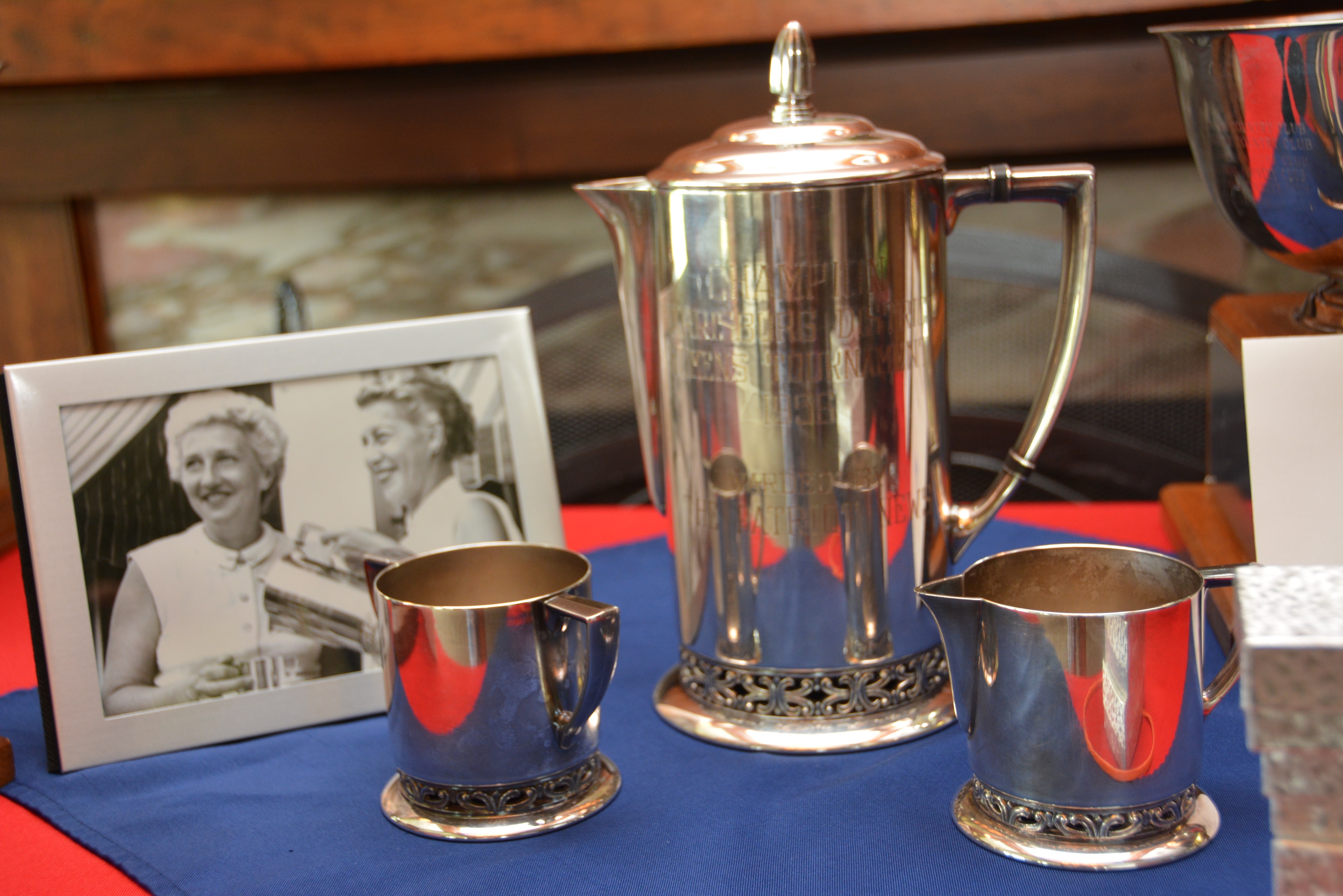